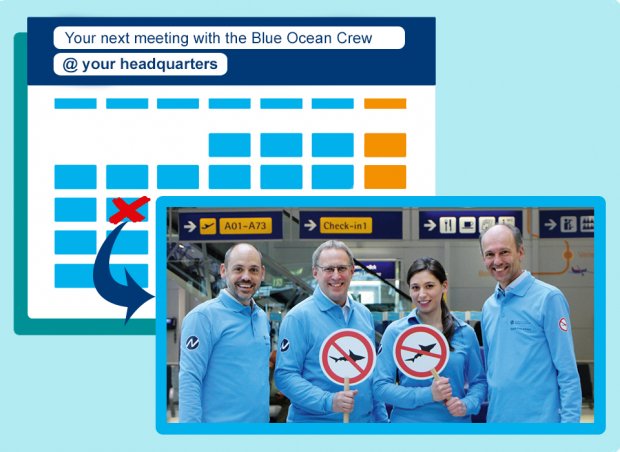 This year Nuremberg Airport’s Blue Ocean Crew has been busier than ever before. Having attended Airline Total Networking in London, Routes Europe Hannover, the IATA Schedule Conference in Cape Town and Connect in Cagliari, they still have AviaDev in Valencia to look forward to.

However, despite winning World Routes Marketing Awards in Barcelona in 2017 and Guangzhou in 2018, NUE will not be represented at World Routes Adelaide this year. Instead, the airport has decided to prioritize its midsize airport network strategy and to focus on visiting potential partners at their headquarters.

“Adelaide’s an amazing destination to miss out on”, says Christian Käser, Head of Route Development & Aviation Marketing at NUE, “and we’re very grateful for the success we’ve had at World Routes over the last two years.” The decision not to attend has been made in favour of the interests of existing and potential partners. “Rather than flying 15,495 km to Australia, we’ll be adding nonstop European destinations and finding unserved routes for our airline partners”, he says.

The networking really begins again when the returning airline delegates have shrugged off their jetlag. NUE is offering to travel out to visit potential customers at their headquarters to find tailor-made solutions together over the course of a 90-minute meeting.

It’s a unique chance to experience the personal touch that Nuremberg Airport so values when the jet-setting team hits the networking road again.