Nuremberg: the origin of...? 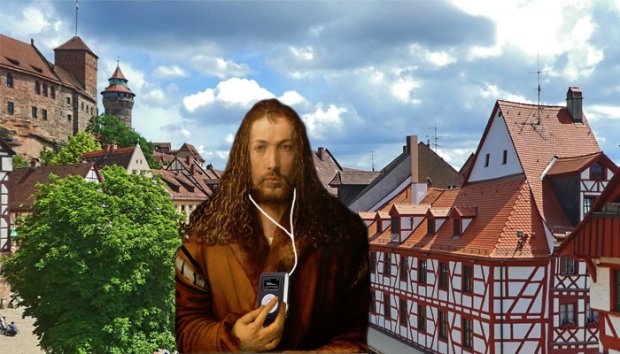 Nuremberg’s economy was based on its Europe-wide trade through merchants as well as on craft production. Craft in Nuremberg was highly differentiated and specialised which is why Nuremberg is the home of many innovations.

In 1395, one product, which is very particular for Nuremberg, was invented: the famous Lebkuchen (ginger bread) being one of Nuremberg’s most popular specialties until today. In 1929, the Vereinigte Papierwerke AG patented the first disposable paper handkerchief, the “Tempo” tissue. The Schwan-Bleistift-Fabrik developed the first highlighter “Stabilo Boss” in 1971. 3 years later, the first Playmobil figures were produced. In 1987, the university of Erlangen-Nuremberg in cooperation with the Fraunhofer-Institute developed the mp3-format.

Amongst the famous people originating from Nuremberg are for example Peter Henlein, who was one of the first to produce pocket watches, Hans Sachs, Nuremberg’s most famous Meistersinger, Max Grundig, founder of the “Grundig” company. One very famous person of Nuremberg is Albrecht Duerer, painter, graphic artist, art theorist and mathematician of the renaissance times, who is also the namesake of Albrecht Duerer Airport Nürnberg.