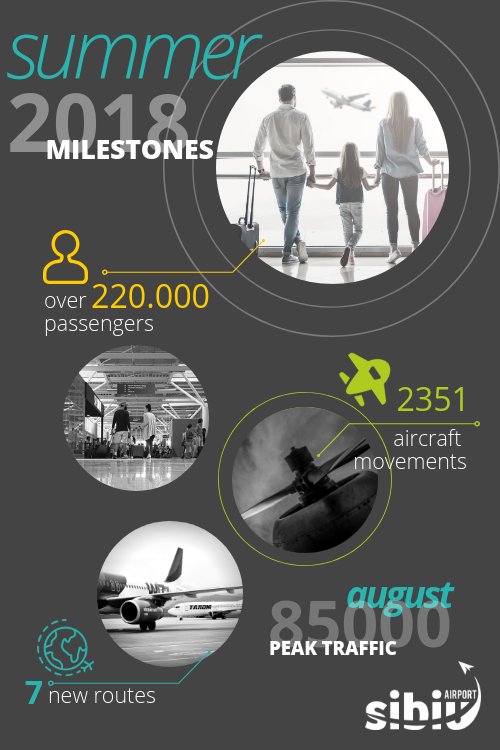 More than 220.000 passengers went through Sibiu International Airport during June – August 2018, registering an incensement of 48 percent compared to the same timeframe in 2017 when 149.000 passengers were registered travelling to and from Sibiu.

August, marked the end of summer at Sibiu International Airport with a highly positive trend and a remarkable traffic increase compared to August 2017.

Passengers numbers reached 85.000 only in August, increment of 64 percent comparing to 51.699 passengers reached the airport in August 2017.