Amsterdam Airport Schiphol is the largest international airport in the Netherlands, and an important commercial, traveller and cargo gateway to and from Europe. Royal Schiphol Group is the operator of several Dutch airports, including Schiphol, Rotterdam The Hague and Lelystad Airports, and majority shareholders in Eindhoven Airport

A total of 20.9 million passengers travelled from, to or via Amsterdam Airport Schiphol last year, a decrease of 71% compared to 2019. Eindhoven Airport saw passenger numbers drop... 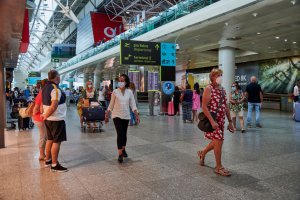 European Traffic Down By 1.4 Billion Compared With 2019

Passenger numbers last year were 59% lower than pre-pandemic levels and airports across the continent remain under 'considerable stress.'