2018 was another successful year for Aruba Airport 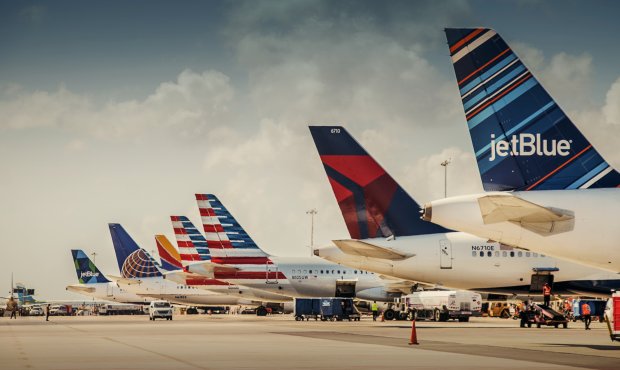 Surpassing the 1 million seat capacity out of the US market

Additionally, Aruba Airport marked a major milestone in 2018 by surpassing the 1 million seat capacity mark out of the US market for the first time in history. Aruba Airport is one of the busiest airports in the Caribbean region, with 29 different airlines contributing in processing over 2.5 million passengers per year.

Aruba Airport managed to secure a host of new airlines and destinations over the past year, as well as additional frequencies from existing airline partners.

North America has seen additional Saturday scheduled service from New York and Boston by JetBlue, with higher aircraft yields overall and destination branding efforts continuing to increase the passenger flow traffic. A highlight of 2018 was the announcement of two new American Airlines flights from Dallas/Fort Worth International Airport and Chicago O’Hare International Airport. Dallas represents not just a new gateway into the mid-West, but also connections beyond this point into Western markets such as Los Angeles, Las Vegas and San Francisco. In addition, Delta Air Lines and Sun Country announced the introduction of air service from Minneapolis on Saturday and mid-week (new). In addition, American Airlines added a 3rd Daily winter Miami-Aruba service in addition to the 2 new non – stop 1x weekly Saturday service from Dallas and Chicago to Aruba announced earlier this year, American Airlines is expanding its presence with a 3rd daily service from Miami – Aruba. The Airline added a total 85 additional flights for the winter season for a total of 13,800 additional seats. The route will be operated by a B737 – 800. Currently American Airlines operates 2 flights per day from Miami, double daily (14x) flights from Charlotte and 5 weekly flights from Philadelphia. For the upcoming winter including all new services from Dallas, Chicago and the 3rd Miami frequency; Aruba Airport will have a total of 42 weekly flights from American Airlines to Aruba.

“The figures continue to indicate that the efforts in place for continuous development at Aruba Airport are paying off. As a team we can be very proud of closing off another successful year and look forward to 2019. We are expecting additional services that will greatly benefit the destination and passengers who are looking for more options to fly to and from Aruba,” said AAA’s Air Service Development Manager Mrs. Jo-Anne Arends.