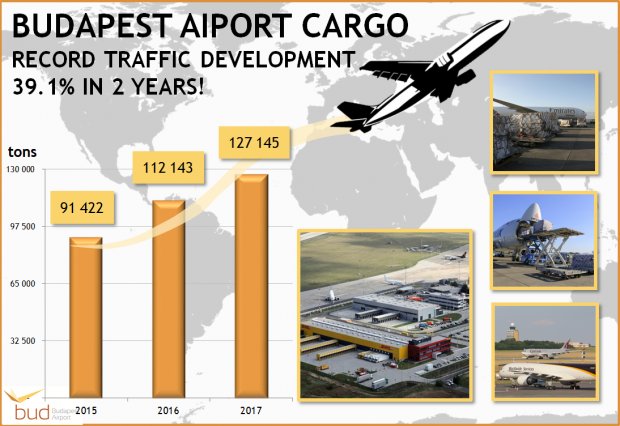 The Central European hub handled 127,145 tonnes of cargo last year, and is preparing for its direct flights to the USA

The Hungarian hub ended the year with a balanced market share, with imports at 47.8 per cent, and exports at 52.2 per cent.

“Our cooperation agreement with STO Express and EKOL last year is testament to our continuous commitment to strengthening links between China and the European Union,” said René Droese, Director Business Unit Property and Cargo, Budapest Airport.

“As a result of being designated the preferred hub for air cargo by STO Express, e-commerce is set to experience a notable upswing at Budapest.

“Thanks to our development programme, we will be able to cover the entire cargo catchment zone, from Ukraine to the Czech Republic, and from Poland to Bulgaria, where the relevant air cargo industrial production is booming.”

A 20,000 m2 dedicated freight centre, called Cargo City, will be handed over in the second quarter of 2019, and will expand the hub’s cargo handling capacity to 250,000 tonnes per year.