Budapest Airport (BUD) is the main international airport of Hungary, the gateway for a land-locked catchment of over 12.7 million people in a nearby radius. Serving more than 16,2 million passengers in 2019 – an all-time high in the history of the airport.  Numbers have increased by almost 60% since 2015 and 91% since 2013.

Being the most successful airport in Central  Eastern Europe in terms of... 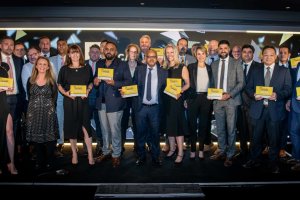 Air Cargo News, one of the largest international cargo agencies, held its annual award ceremony in London on Friday. Based on the expert panel’s...