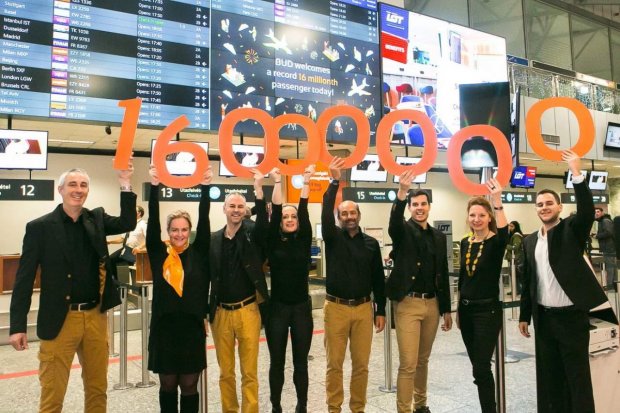 Budapest Airport continued the seasonal celebrations as its 16-millionth passenger walked through its doors, marking the highest-ever number of passengers served in the airport’s history.

The outstanding landmark represents six million more passengers than in 2015, an extraordinary 63% increase: “It’s quite something to not only witness the growth of an airport but also to be part of the development and progression,” enthuses Kam Jandu, CCO, BudapestAirport. “Today’s memorable moment speaks volumes for the hard work of everyone at the airport which was unforgettably recognised when we were crowned this year’s World Routes Marketing Awards Overall Winner – a first for the airport. But we won’t rest, we will always continue to ensure Budapest remains an attractive market for our passengers, as well as our partners, and look forward to another thriving year ahead,” added Jandu.