DUB Passenger Numbers Down 87% In September 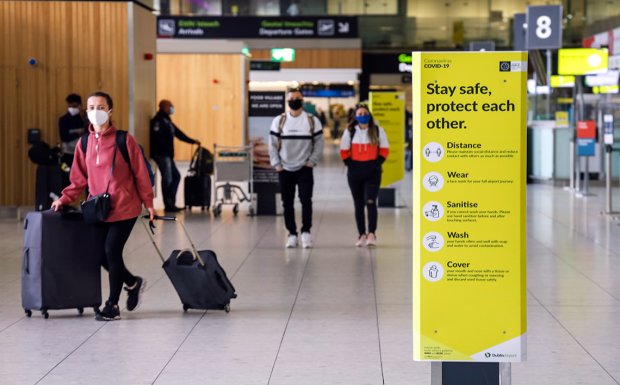 Just over 392,000 passengers travelled through Dublin Airport in September, an 87% decline compared to the same month last year, as COVID-19 continued to have a very significant impact on traffic numbers.

Passenger volumes to and from continental Europe fell by 84%, as just over 274,000 people travelled to and from European destinations last month.

UK traffic declined by 89% compared to last September, with just over 87,000 passengers travelling to and from Britain during the month.

Passenger volumes to and from North America decreased by 95%, as 22,000 passengers travelled on transatlantic routes during September.

Other international passenger traffic to the Middle East fell by 93%, with almost 5,900 passengers travelling last month. The number of passengers on domestic routes fell by 72%, as just over 2,600 people took domestic flights in September.

Just over 6.6 million passengers have travelled through Dublin Airport between January and September, a 74% decrease compared to the same period last year.

The impact of COVID-19 has resulted in 18.8 million fewer passengers using Dublin Airport so far this year.

“has written DUB Passenger Numbers Down 87% In September”