PLAY To Launch New Low-Cost Flights From Iceland To Dublin 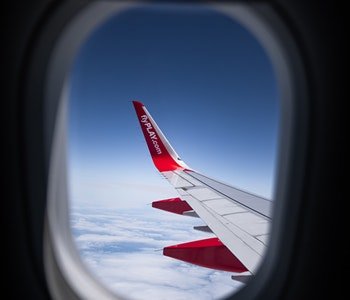 PLAY - a new low-cost airline operating flights between Iceland and Europe - has added Dublin to its summer schedule for 2022. PLAY will operate flights three times a week to Dublin, starting at the end of April.

Announcing the addition of Dublin, Madrid and Brussels for Summer 2022 means PLAY will fly to 23 destinations in Europe next year. Last month, the airline announced four new destinations in Europe, Lisbon in Portugal, Bologna in Italy, Stuttgart in Germany and Prague in the Czech Republic.

PLAY will begin its operations on the East Coast of North America next spring. Dublin will be a big part of PLAY´s transatlantic operations.

The roots between Icelanders and the Irish are strong and flying from Iceland to Dublin only takes about two and a half hours.

The addition of connectivity from Dublin to Iceland opens a new direct route to Iceland and PLAY will offer affordable flights to this dreamlike destination in the North. Iceland has much to offer, brand-new lava fields, otherworldly landscapes, glaciers and waterfalls, all accessible from the modern-day capital of Reykjavik.

“It’s really enjoyable to add more destinations in Europe that will strengthen our route schedule. I’m sure that the people of Dublin, Brussels and Madrid will be thrilled learning that they now have more options getting to Iceland and over the Atlantic to North America. This expansion is part of a bigger transatlantic plan that we look forward to rolling out in the next few months.”

“We welcome today’s news that Dublin Airport will enjoy increased connectivity to and from Iceland next summer with PLAY. The increased access to and from Reykjavik shows how attractive the tourism opportunities are at both ends of this attractive new route.”

PLAY is a new low-cost airline operating flights between Iceland and Europe. The Icelandic airline is based in Reykjavik’s Keflavik International Airport and started operations in June 2021. PLAY operates three new Airbus A320 neo aircraft.