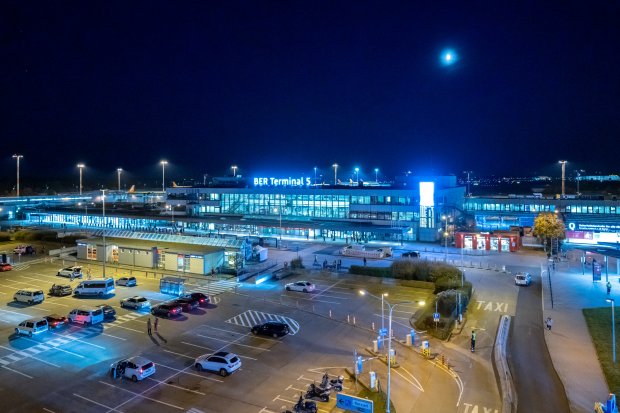 The start of the 2020/2021 winter flight schedule is an important milestone in the run-up to the opening of Berlin Brandenburg Airport (BER). On the night of 24 to 25 October 2020, Schönefeld Airport’s previous three-letter code SXF was replaced by BER in airline reservation systems. With the opening of BER at the end of October, all flight operations in the German capital region will be concentrated at one airport. The existing facilities at Schönefeld Airport will continue to operate as BER Terminal 5.

Engelbert Lütke Daldrup, CEO of Flughafen Berlin Brandenburg GmbH: “As of today, the official IATA code BER stands for Berlin Brandenburg Airport Willy Brandt. Moreover, these three letters also stand for the German capital city and region, as well as for all of eastern Germany. From now on, the three-letter code BER will represent them on flights all over the world. 30 years after the reunification of Germany, BER also stands for the end of the fragmentation of air traffic into several locations and for a transformed metropolitan region.”

At a small reception with political and business representatives from the airport's surrounding area, the previous lettering on the roof of the terminal building was handed over to the Municipality of Schönefeld today, 25 October 2020. The new lettering “BER Terminal 5” was then officially inaugurated.

Engelbert Lütke Daldrup, CEO of Flughafen Berlin Brandenburg GmbH: “SXF is now BER. The modernised SXF terminals have been given a new lease of life. As BER Terminal 5, the completely renovated Schönefeld Airport will ensure the necessary additional capacities for the next few years to reliably handle flight operations at BER. Schönefeld will thus remain a central part of the airport. We look forward to continuing our successful cooperation with the Municipality of Schönefeld with the aim of further developing the airport environment.”

Christian Hentschel, Mayor of the Municipality of Schönefeld: “The airport and the Municipality of Schönefeld have been working together closely and in a spirit of trust for many years, because only together can the development goals in the airport region be achieved. We look forward to the commissioning of BER and to further cooperation with our airport neighbours.”

With the opening of BER, passengers will check in and board either in T5 in the north of the airport or T1/T2 in the midfield, depending on the airline. A total of 17 airlines, including Ryanair and Wizz Air, will operate from T5 when the airport opens.

The terminal sections of T5 were renamed to K, L, M, Q as early as the end of March in order to avoid duplicate names at BER. Signage throughout the terminal was also adapted to the overall BER look and feel. In addition, the terminal areas were completely renovated, and new security control equipment was installed. Terminal 5 has sufficient capacity to handle 8-10 million passengers a year.