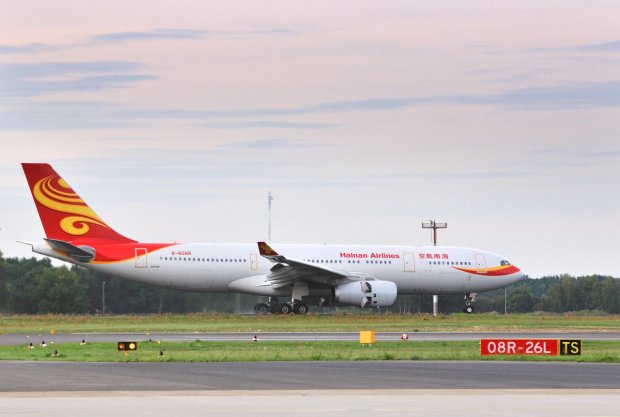 Chinese airline Hainan Airlines has been offering non-stop connections between Berlin and Beijing since September 2008. In a press conference on Wednesday Chen Feng, Chairman of the Hainan Airlines Group, and Dr. Rainer Schwarz, CEO of Berlin Airports took stock for the first time since adding the route just under five months ago and gave an outlook on the Chinese airline's other plans.

Around 46,000 passengers flew from Berlin to China in 2008, which is 23 per cent more than in 2007. Hainan Airlines was instrumental in this growth: since adding the new long-haul flight, around 60 per cent of passengers flying from Berlin to Beijing use the Chinese airline. Capacity utilisation on the flights averages at 65 per cent. Starting in 2009, Hainan Airlines will once again operate four flights a week from the German capital to Beijing.

Chen Feng, Chairman of the Hainan Airlines Group, is evidently satisfied: "The new route between Berlin and Beijing is becoming very successful, also due to the good cooperation with Berlin Airports. Many German and Chinese passengers take advantage of the non-stop connection between the two capitals. We are certain that this route has huge potential for continuous growth. We will therefore continue to strengthen our presence in Berlin and Europe."

Hainan Airlines is also extending its cooperation with Air Berlin at the start of the Chinese New Year in late January: code-share flights will be marketed by both airlines under their own flight numbers. Customers benefit from a wider range of flights and convenient connecting flights. Hainan operates flights on the Berlin-Beijing route, while Air Berlin provides connecting flights from Germany (Düsseldorf, Karlsruhe/Baden-Baden, Cologne, Munich, Münster-Osnabrück, Nuremberg, Stuttgart), Austria (Vienna) and Switzerland (Zurich). Participants of the Frequent Flyer Programme offered by Air Berlin and Hainan Airlines have been able to collect and redeem miles in both route systems since November 2008.

In 2008, Berlin Airports achieved a record result: a total of 21.4 million passengers flew to and from Berlin, which is 1.4 million more than in 2007. This puts the company in first place in Germany in terms of passenger growth. At seven per cent, passenger growth at Berlin Airports is clearly much higher than the average achieved by the 24 international commercial airports in Germany, whose growth in 2008 totalled a mere 1.2 per cent.

"As an airport with the strongest passenger growth in Germany, we took on a special role in 2008", said Dr. Rainer Schwarz, CEO of Berlin Airports. "Our robust growth provides a good basis for further developing Berlin as a springboard to Eastern Europe and Asia. We have already established ourselves amongst the top German airports. Our goal is and remains, even in difficult economic times, to advance with BBI into Europe's top ten highest traffic markets."