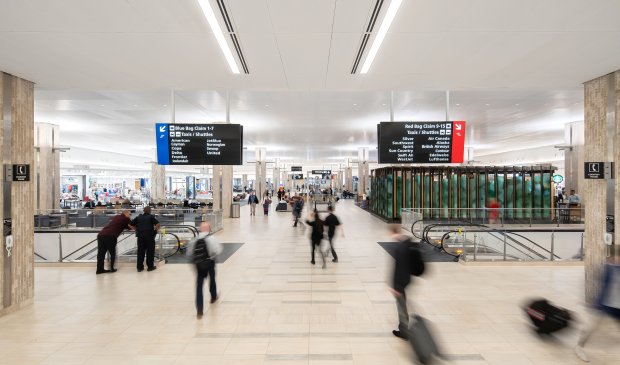 Tampa International Airport is once again No. 2 among the nation’s large airports, according to the J.D. Power 2021 North America Airport Satisfaction Study released today. TPA maintained the second-best status after being named No. 2 in 2020, up from No. 3 in 2019 and holding a top-five ranking since 2015.

“Tampa International Airport has been a longtime favorite among travelers from around the world, and to continue that legacy throughout the pandemic speaks to the strength of our team,” TPA CEO Joe Lopano said. “It’s only going to get better as we finish several major construction projects in the coming months and look to even more exciting developments on the horizon in 2022.”

TPA scored just one out of of 1,000 available points behind No. 1 Louis Armstrong New Orleans International Airport, which recently completed a $1 billion capital improvement program.

Tampa International Airport consistently ranks in the top 10 among North America’s airports among several publications and survey groups, including the Wall Street Journal (#1 medium-sized airport in 2019), USA Today (#2 in 2020), Travel+Leisure (#4 in 2020) and Airports Council International (#1 in 2020). Airports Council International also named TPA No. 1 among Most Hygienic Airports, a new category in its ASQ survey recognizing airports for their cleanliness and health protection measures.

“has written TPA resumes service to London on British Airways”