Offering beautiful panoramic views of the Left Bank of Nur-Sultan, Independence Square is home to beautiful fountains and some of the city's most majestic monuments, providing visitors with a greater understanding of the power and freedom of the country. 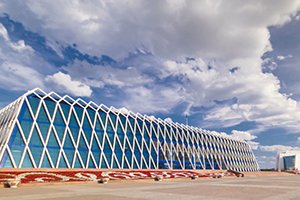 The Tauyelsizdik Sarayi (Palace of Independence) presents a harmonious combination of past and present, and, built with the core of the yurt in style, is considered one of the most beautiful architectural structures in the city. Used primarily as a meeting place for guests visiting the capital, the Palace acts as a venue for official state events, forums, meetings and conferences.

Palace of Peace and Reconciliation 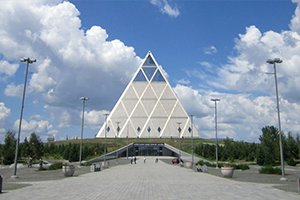 Symbolising friendship, unity and peace in the land of Kazakhstan, the Palace of Peace and Reconciliation is one of the most recognisable symbols of the young capital. The pyramid's stained-glass dome is decorated with 130 pigeons, symbolising the nations which live together in peace and mutual respect within the country. 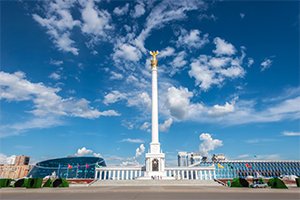 Forming a stunning and important centre for the Independence Square, the Kazakh Eli monument depicts a mythical Samruk bird sitting atop a snow-white pillar. Decorated with four bronze structures depicting The First President and the People of Kazakhstan, Courage, Creation and Future, the monument symbolises the desire of the country for further development, freedom, strength and prosperity. 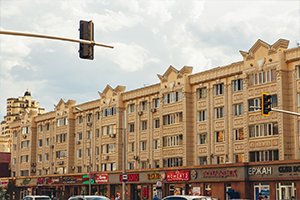 Referred to as 5 Minutes of Hollywood by locals, the Republic Avenue acts as the main street within the Right Bank and is a vibrant living area. It is a jewel of the city and it is always crowded, with many shops, cafes, restaurants, banks and bars located in the area. Cosy, historical and loveable, visitors may be reminded of old Budapest, some parts of Krakow, and even Paris in terms of style and atmosphere. 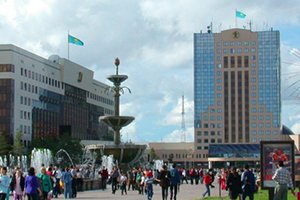 Once the central square of the city, the Old Square stretches in front of the Akimat of Astana and hosts large city events including fairs, festivals, and musical performances. The square is surrounded by the TSUM shopping and entertainment centre, the Congress Hall, the Museum of the First President, and the Ministry of Agriculture. 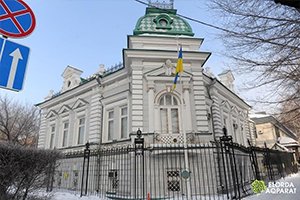 Built in 2912, the building of the Ukrainian Embassy is the former house of the merchant Kubrin. As the old romantic legend goes, Kubrin fell in love with a ballet dancer from St. Petersburg. Having word from her that she would marry the man that builds a house identical to hers in Russia, Kubrin built this house, only to be let down when she never arrived.

Return to Nur-Sultan City Guide
Share Page
Back to Top