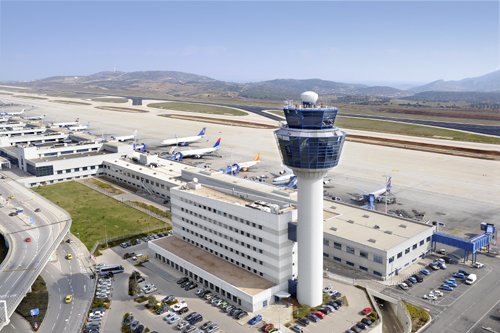 In line with its risk-sharing philosophy and ongoing effort to support its airline partners, and further to the introduction of the special winter incentive, encouraging the introduction of lower fares for passengers (valid until April 30), Athens International Airport introduces for this summer period three significant incentives, aiming to support airlines and protect or increase traffic during the current adverse period for the Greek economy and the sector.

Further to the introduction of the new incentives, the airport’s financial support to the airlines, corresponds to an approximately 20% discount on AIA’s total aeronautical charges for the summer period.

Analytically, AIA’s new incentives, valid from April through October 2012, are as follows:

In order to encourage sustainability of the summer 2012 traffic compared to the previous corresponding period, this incentive offers a 15% discount on landing & parking charges per departing flight, provided that the number of flights will be at last year’s level or at least will not drop below -5%. In the case of any positive percentage variance, the existing AIA annual incentive scheme will apply automatically.

Ranging from 5 to 15 euros per transfer passenger

Aiming at maintaining the level of transfer traffic via Athens during the summer period 2012, this incentive offers a fixed amount per departing transfer passenger (ranging from 5 to 15 euros per passenger, corresponding to a discount on AIA’s passenger charges ranging from 30% - 90%). It is reminded that transfer passengers are not subject to the Airport Development Fund (ADF) charge.

Ranging from 5 to 10 euros per passenger

In order to stimulate additional traffic and attract new direct services from niche markets that are currently not operated to / from Athens, AIA is offering the existing applicable “New International Route Incentive” plus a fixed return amount per departing passenger (from 5 to 10 euros, corresponding to a discount on AIA’s passenger charges ranging from 25% - 50%) in the form of airline discounts.

With  these new incentives, AIA participates even more in airlines’ risk. Offering discounts reaching approximately 20% of total AIA aeronautical charges for the summer period, the new initiatives  are not focused on strictly incentivizing  developmental decisions, but aim to respond actively to the airlines’ needs and concerns, during this difficult period, while also stimulating the potential of the city of Athens,.

At the same time, AIA continues its annual developmental incentives programme for its airline partners.

“has written Athens: Air Canada is back!!!”