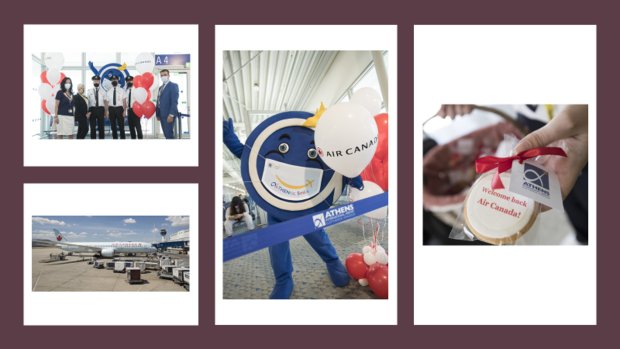 As travel restrictions in Greece for Canadian arrivals are eased, the Canadian market is once again reconnected non-stop to Athens

Air Canada is currently the only airline connecting non-stop Toronto and Montreal to Athens.

In June, Air Canada will operate 4 weekly frequencies (YYZ & YUL), increasing to 5 weekly for July and 8 weekly for August.

For the rest of the Summer season, plans are still evaluated due to expected higher demand for travel from Canada to Athens Greece, during Q3&Q4.

The Canadian market for Athens/Greece achieved record growth since 2013 and almost reached 300k non-stop round-trip PAX for 2019, recording +20% growth vs. 2018.

This market is characterized by dominant Inbound flows and very significant VFR volumes, due to the Greek diaspora in Canada. 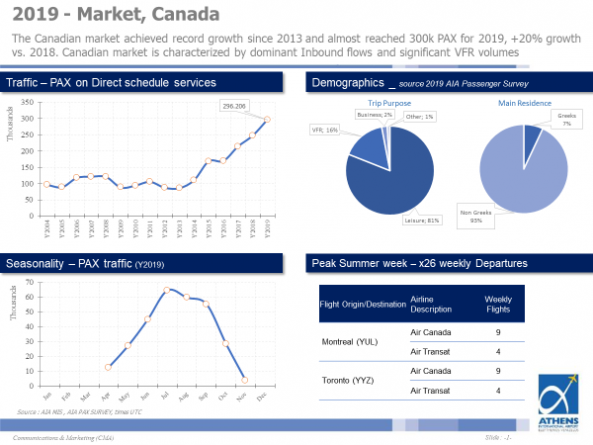 The Canadian market was the 11th largest International market in terms of Foreign residents arrivals back in 2019, with 159k arrivals.

Canada was one of the two Long Haul markets that operated last Summer (Summer 2020), with China the other, resulting in 19k non-stop round trip PAX.