Athens : From the City of Constitution to the City of Democracy... Welcome back Philadelphia !!! 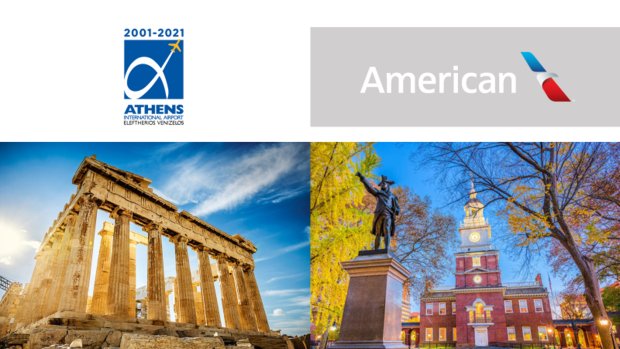 With the return of the ATH-PHL route, Athens is connected to the US with 9 daily departures

As of today, 18 August 2021, Philadelphia is reconnected to Athens by American Airlines operating a daily service with B787-800 equipment. Route to Philadelphia, increases the available non-stop connections to 6 US airports.

From Athens, American Airlines is now offering a total of 3 routes to the US : Chicago, New York (JFK) and Philadelphia. Athens is further connected to New York (EWR), Atlanta and Washington.

Since the 29th of May, when US non-stop services returned to the Athens market, total traffic surpassed 203,000 round-trip PAX