For 25 years, World Routes has provided the platform for the global route development community to discuss and plan network strategy. 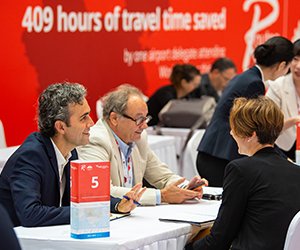 Over 11,000 meetings will take place between senior decision makers from airlines, airports, tourism authorities and aviation stakeholders at the event, that will go on to shape the world’s future air services. Over 70% of World Routes airline delegates believed that meetings held at the event have led to new routes. 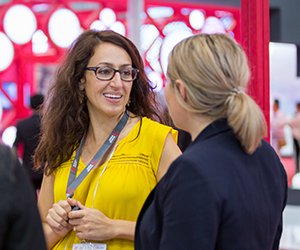 Over 130 countries will be represented at the event. A programme of informal and formal networking opportunities will enable you to build valuable relationships with senior decision makers from the world’s leading and fastest-growing airlines, airports and aviation stakeholders. 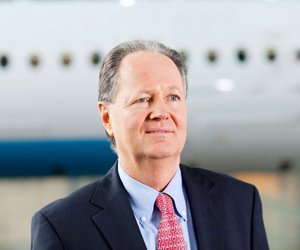 World Routes brings together senior network planners from leading carriers worldwide, including American Airlines, Lufthansa, China Southern Airlines, Emirates and Qantas. These organisations, along with many other airlines, utilise the event's efficient platform to expand their global contacts and develop network strategy.

Discover which airlines will be attending World Routes 2019

Airport companies attending World Routes have unprecedented access to their target airlines. Through a series of face-to-face business meetings, networking functions and the opportunity to exhibit or sponsor, the event offers the world's airport community a direct path to qualified audiences from leading global carriers.

The event also attracts attendance from tourism boards showcasing destinations located across the globe. These organisations maximise the event's platform for driving significant economic growth within a region, often working with their airport partners to present compelling route development business cases to airlines.

In addition to providing a route development platform, World Routes serves the global aviation supplier market, from data companies to fuel suppliers. The event allows these organisations to increase market share and promote their products and services to the industry's leading and fastest-growing companies.

Hear directly from our delegates why they will be returning to World Routes this year:

“Our team heard business cases from over 75 airports and destinations at World Routes 2018. It is an unmissable opportunity for us to meet and negotiate with our industry partners. World Routes is a fixed event in our calendar – see you in Adelaide!”

“The event was well organised and very professionally presented. I learned a lot from the meetings I had, particularly from the Chinese airport management companies. ”

“This is a must attend event. I enjoyed meeting people from different disciplines across the aviation industry. I made a lot of contacts and have already started to work on some business matters.”

“World Routes gives Birmingham a great platform to showcase just what our airport and the wider region has to offer.  Having so many airlines in one place is a brilliantly cost effective way to catch up with both existing partners and partners of the future.”

“By exhibiting at World Routes, we at Copenhagen Airport believe that we can achieve excellent exposure to the major players and senior leaders in the industry. As a mid-sized airport, we have to fight for our position and a strong visibility at World Routes helps us to do just that.”

“World Routes is the place to be to catch up with the airline industry. Amsterdam Airport Schiphol has over 60 airline meetings and 35 airport meetings in the space of three days. No wonder that Amsterdam has attended all the Routes events since it all started way back in 1995.”