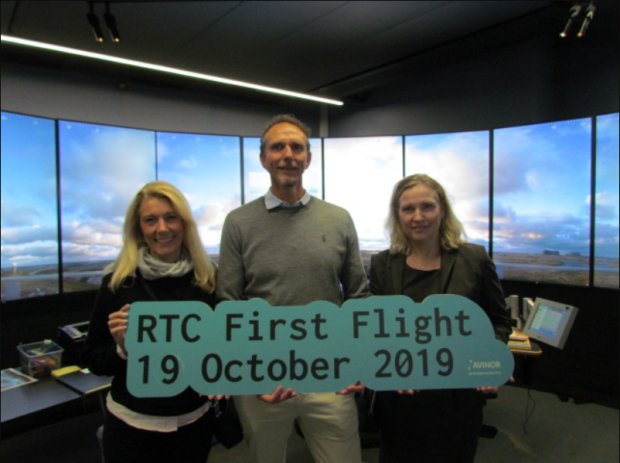 The Remote Towers project in Norway is a collaboration between the airport and air navigation service provider Avinor and the technology companies Kongsberg Defence & Aerospace and Indra.

-After many years of planning, developing and testing it is a pleasure to announce that the new technology has been successfully used within a regular commercial air traffic service with passengers. The remote towers technology is an important capability enabling a sustainable aviation service in the rural areas of Norway, many of which are in the Arctic. The Remote Towers technology is also dimensioned for large airports. It also provides us with the opportunity to build a robust knowledge hub for tower operators, which today are stationed in small towers in rural communities. When fully rolled out the Remote Towers will ensure more cost-effective airport operations and better accessibility to regional airports, says Avinor CEO, Mr. Dag Falk-Petersen.

-Safety is always the highest priority within aviation. While we are still technically in a test mode, the first commercial passenger flight completed marks an important milestone for us. We had good contact and visuals with the aircraft during the entire approach and landing. The Remote Tower system functioned optimally in this operation. We have had a close dialogue with the Norwegian Civil Aviation Authorities since the beginning of this project, which has been important when introducing new technology into such a safety orientated industry, says Jan Østby, Project Director for Remote Towers at Avinor Air Navigation Services.

-Kongsberg Defence & Aerospace is proud to be working together with Avinor in developing and implementing the most comprehensive remote tower launch in the world. The technical solution is in a class of its own – it is unique in both the sensor technology and secure remote control system between the airport and the air traffic control center. Going live with the first airport is a major milestone for Kongsberg as well, and is a result of a great partnership between the industry team and Avinor, says Eirik Lie, President of Kongsberg Defence and Aerospace.

- Through SESAR projects and in collaboration with Avinor we are developing our InNOVA tower system so air traffic controllers will be able to remotely manage multiple airports. With all relevant information on a single integrated screen, and reliable communication via our GAREX voice communication systems, controllers get full situational awareness. We are proud to be part of this important project and look forward to the continuation, says Elin Blakstad, Director of Tower Systems at Indra.