Norwegian from May 2020 plans to launch new Trans-Atlantic route from Paris CDG, as the airline opened reservation for Paris CDG – Austin route. From 06MAY20, Boeing 787-9 Dreamliner to operate this route 3 times weekly, switching to 2 from 25SEP20. 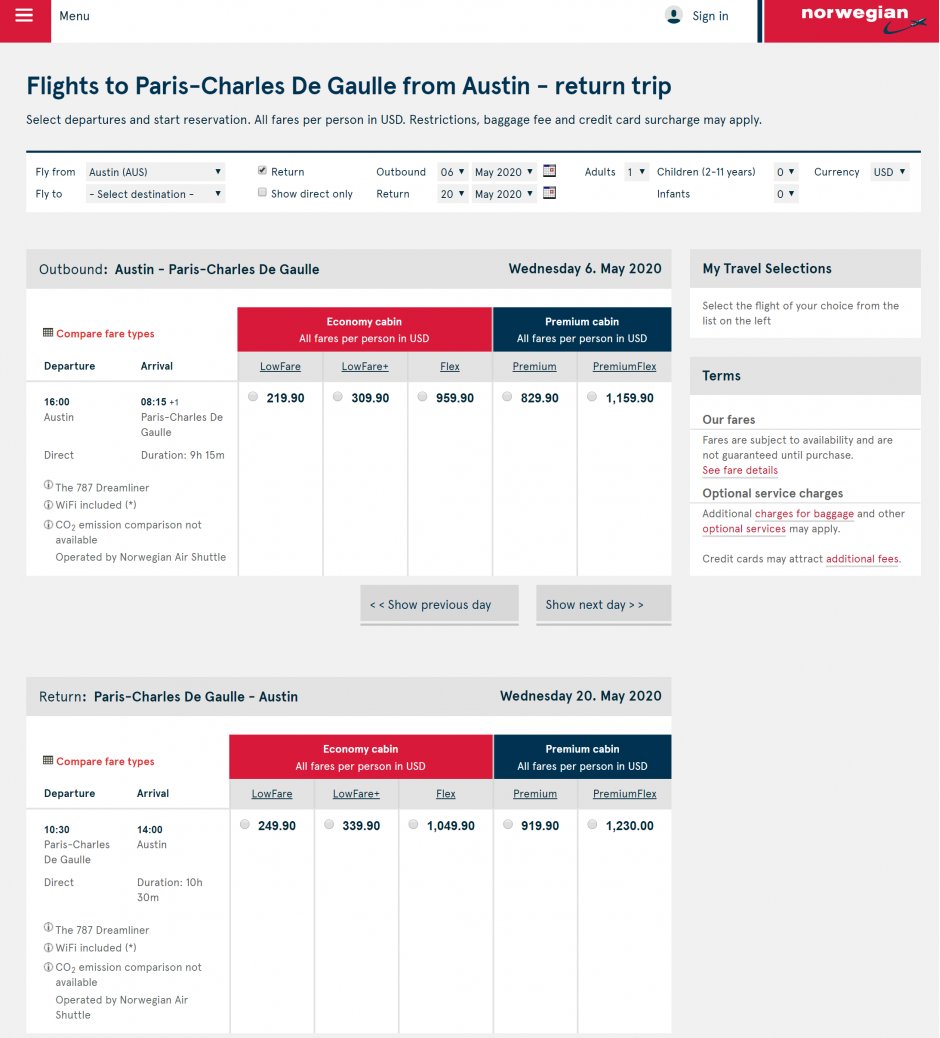