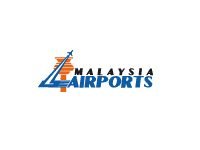 MAHB 3rd Quarter Year To Date Revenue Growth, Ahead Of Pax Growth
Total revenue grew to RM1,151.19 million, which was 12.34% or RM126.46 million above the RM1,024.73 million recorded in the previous year's corresponding period, mainly due to an increase in total passenger movements which also contributed to stronger commercial sales.

Commenting on MAHB's improved financial performance, its managing director Dato' Seri Bashir Ahmad Abdul Majid attributed the increase in revenue and PBT to the improved contribution by both its airport operations as well as its non-airport operations.

"Our total revenue growth of 12.34% was almost double that of overall passenger growth of 7.33% for the first nine months of 2008 resulting in a PBT improvement of 28.83% attributed to overall better costs management, despite higher operating expenses relating to staff costs, repairs and maintenance and administrative expenses. Non-aeronautical revenue commands a higher proportion against aeronautical revenue at 57.58% and 42.42% respectively for the nine months ended 30 September 2008 compared to 53.88% and 46.12% during the previous corresponding period."

In addition, MAHB's non-airport operations grew by 23.71% whereby the agriculture segment recorded an improvement of RM26.41 million, up 76.96% to RM60.73 million as a result of higher total crop harvested and the increase in FFB price. The hotel business also recorded a commendable 14.55% growth, improving by RM5.82 million to RM45.84 million.

MAHB, which announced its Headline KPIs earlier this year will take all the necessary steps to achieve the said KPIs despite higher electricity costs and inflationary pressures from the second half of 2008 onwards. Initiatives have been implemented to better prepare MAHB to operate in an economically challenging environment resulting from the prevailing global financial turmoil, the circumstances of which may have severe implications on the aviation industry, going forward.