Home of the Giant Panda 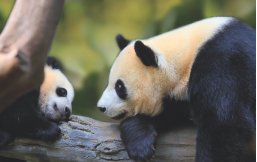 The giant panda, a Chinese national treasure, is one of the rarest animals in the world. 80% of all giant pandas live in the Sichuan Province and Chengdu has established a panda breeding and research base, which is a globally renowned UNESCO World Heritage Site, attracting almost 100,000 visitors each year.

The ecological conservation facility, designed to save this endangered species, is the only one of its kind located within a metropolis. Shaded and surrounded by green trees and luxuriant bamboo, the centre covers an area of 36.5 hectares, containing dozens of giant pandas and includes a “Giant Panda Museum”.

Jiuzhaigou Valley Scenic and Historic Interest Area is a reserve boasting spectacular views, stunning waterfalls, beautiful lakes, and peaks, reaching heights of over 4,500 metres. It is also home to some 140 bird species, the endangered Sichuan takin, and the giant panda. Jiuzhaigou Valley was inscribed by UNESCO as a World Heritage Site in 1992 and a World Biosphere Reserve in 1997. 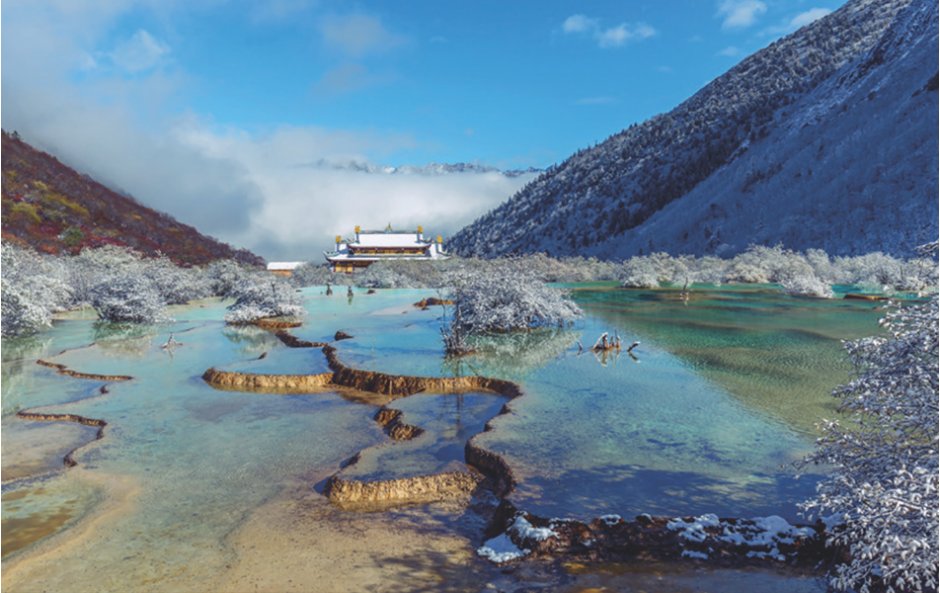 Located in the Minshan mountain range, Huanglong is renowned for its colourful pools, created by calcite deposits. The area is home to many rare and endangered species including the Sichuan golden snub-nosed monkey and the giant panda. Visitors can enjoy a diverse range of scenery, from forests, to snow-capped peaks and hot springs. Huanglong has been a UNESCO World Heritage Site since 1992.

In 2010, Chengdu joined the UNESCO “Creative Cities Network”, becoming only the second city in the world and the first in Asia to be designated a “City of Gastronomy”. The city has a world-famous reputation as an historical centre of gastronomy, and the cradle of Sichuan cuisine. Today travellers from all over the world are drawn to Chengdu to experience its tastes, textures and cultural cuisine. 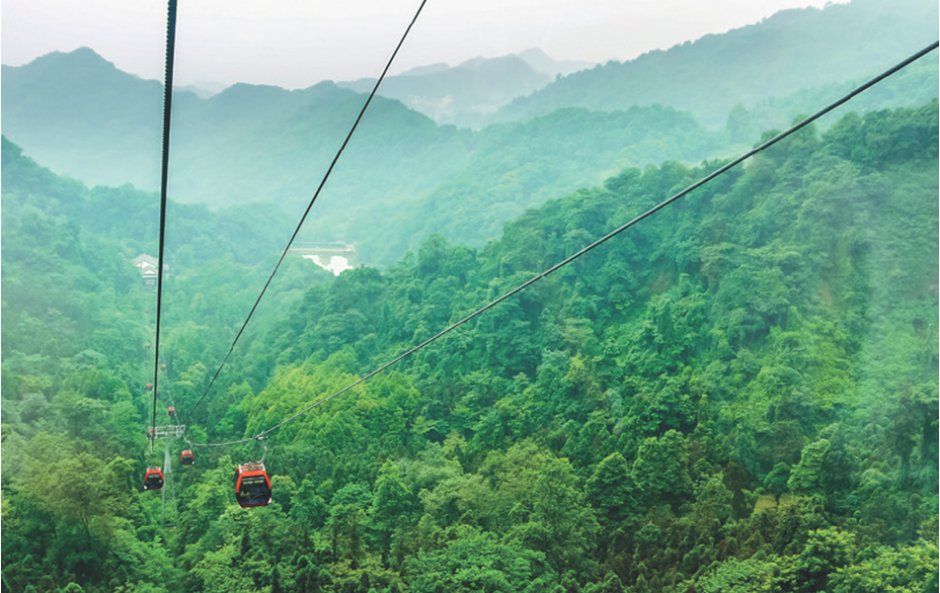 Mount Qingcheng was the birthplace of Taoism, making it amongst the most important centres for the religion in China. With its peak 1,600 metres above sea level, Mount Qingcheng enjoys a cool climate, and lush greenery all year round.

The Dujiangyan Irrigation System is widely recognised as the oldest irrigation project in the world, with a history dating back over 2,000 years. Serving to combat both floods and droughts, the system has helped the people of Chengdu maintain their land in a productive and efficient manner. 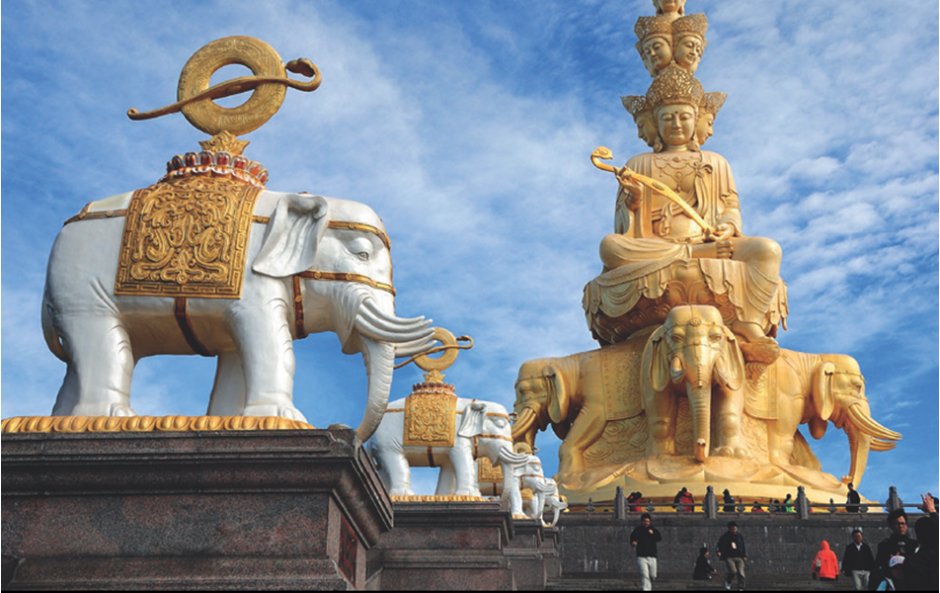 The imposing and impressive Leshan Giant Buddha is a 71-metre tall, stone statue, built during the Tang Dynasty. Carved out of a cliff face, the Buddha faces Mount Emi with rivers flowing just beneath his feet.

Mount Emei is one of the four sacred Buddhist mountains of China. The mountain is adorned with ancient trees, impressive waterfalls, pristine brooks and numerous Buddhist temples. This makes it one of the most popular summer destinations in China, prized for its natural beauty, enjoyable weather and the influence of Buddhist culture.

The Mount Emei Scenic Area, including the Leshan Giant Buddha has been listed as a UNESCO World Heritage Site since 1996.