Chicago is one of the most popular visitor destinations in the world. Its unique combination of bustling cityscape alongside beautiful parkland and stunning lakeside vistas saw over 46 million visitors in 2012.

Ranked seventh in the world in the 2012 Global Cities Index, Chicago has the fourth largest GDP in the world amongst metropolitan areas, ahead of both London and Paris. Chicago is also a major domestic and international transport hub and home of United Airlines and Boeing, as well as two internationally renowned airports. Chicago’s main airport, O’Hare International, is the second busiest airport in the world for traffic movement and the fifth busiest in the world for passenger traffic, and Midway is the busiest airport in Southwest Airlines’ system - meaning Routes delegates can enjoy this year’s conference in a city that is rightly regarded as a true aviation landmark. 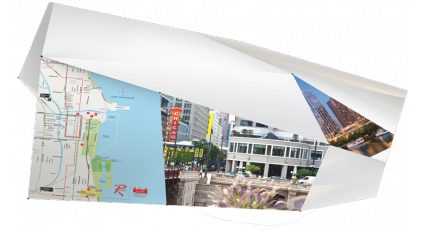