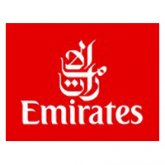 As one of the Official Carriers of World Routes 2017, Emirates will be offering delegates a 10% discount on all published market direct roundtrip business and economy fares on an Emirates flight to the event destination airport. Travel period with discounted fare is from 18 September – 01 October 2017. Full terms and conditions can be viewed here.

Book your travel today at  http://www.emirates.com/WorldRoutes2017, and enter the promotional code EVE6WRT.

Vueling is headquartered in Barcelona and is the airport's largest operator with a 36% of market share. The airline started operations on July 1st 2004 with two Airbus A320 aircraft, four routes, and a commitment to offer excellent customer service at highly competitive fares.

At present Vueling connects El Prat airport with more than 130 destinations with a fleet or over up 100 aircraft, A319, A320 and A321 models. The airline has operational bases at Rome-Fiumicino (its second hub), Paris-Orly and Charles de Gaulle, and Amsterdam-Schiphol. The airline is the largest first carrier in many Spanish airports such as Seville, Bilbao, Asturias and Galicia.

This upcoming summer season 2017 Vueling will operate more than 400 routes across Europe, the Middle East, and Africa.

Vueling is part of International Airlines Group (IAG), together with Aer Lingus, British Airways, and Iberia. IAG is one of the world's largest airline groups carrying 100 million passengers last year.