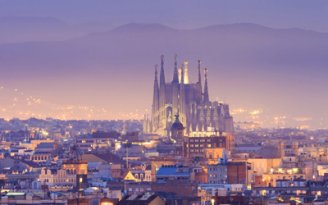 The Government of Catalonia with the support of Barcelona city council will host the 23rd World Route Development Forum. The economic, cultural and administrative capital of Catalonia, Barcelona is one of the largest metropolises in Europe.

Enterprising and innovative urban developments contributed to Barcelona being recognised as the ‘world’s top smart city’ by Juniper Research in 2015. Progressive use of technology and communications has allowed the city to implement a number of sustainable social, economic and urban initiatives.

Find out more about Barcelona